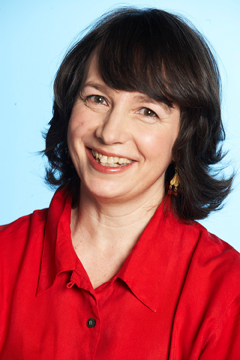 One of Canada’s top family travel writers, Kate started as a magazine editor after Journalism at Ryerson University, Toronto and post-grad studies at the Sorbonne, Paris. During the 1990’s and early 2000’s, she was a founding editor of five national magazines including Chatelaine Travels! and Travel & More for Air Miles.

Kate’s family stories, many based on travel adventures with her own three kids, in magazines from AARP The Magazine to Reader’s Digest and Today’s Parent. For ten years, Family Travel columnist for Toronto Sun and syndicated newspapers. Recently, Writer-in-Residence for Kensington Tours. Currently, freelance writer, editor, speaker and educator. Contact: kate@familytravelink.com.

As a photographer, her family travel images have appeared in dozens of publications, i.e. the Toronto Sun.

Hundreds of stories and photos for The Globe and Mail, Miami Herald, The Toronto Sun and other newspapers.

Kate is available for speaking engagements, seminars and workshops. In summer 2015, travel writing workshop at Haliburton School of the Arts, Ontario. To arrange talks and teaching, contact: kate@familytravelink.com

One of Canada’s top family travel writers with 25+ years of experience. Kate started her career as a magazine editor. Read more